WAKE UP IRIS! FROM INDONESIA SPREAD THEIR WINGS IN THE ZANDARI FESTA MUSIC FESTIVAL IN SOUTH KOREA

Making music and living far from the capital city of Indonesia does not make Wake Up Iris !, a duo from Malang, East Java, missed the opportunity to represent Indonesia on the international music scene. The reason is, after becoming one of the Go Ahead Challenge 2017 winners and getting the chance to become a participant and performed at SXSW 2018, Texas, USA in March this year, they will again represent Indonesia at Zandari Festa Music Conference and Festival 2018, Seoul, South Korea on the next October. Not only Wake Up Iris !, this year Indonesia will also be represented by Kimokal and Lightcraft from Jakarta. Three of them will enliven Zandari Festa on October 4th – 7th 2018. Previously, electronic duo from Bandung, Bottle Smoker became the representative of Indonesia at Zandari Festa 2017.

Zandari Festa is the largest Showcase Festival and Music Conference in Asia that became a reference for promoters, music festival organizers, music distributors and independent musicians in Asia and all around the world. Starting in 2012, Zandari Festa has presented hundreds of musicians from all over the world with varied genres over the past 6 years. As usual, this year Zandari Festa will be attended by organizers of major Music Festivals from around the world such as Glastonbury (UK), Great Escape (UK), Clockenflap (HK), Big Mountain (TH), and many more. Zandari Festa has also partnered with Sound City Festival in Liverpool since 2016. Held in Hongdae, the epicentre of Korean independent music scene and young people in Seoul this year Zandari presents over than hundred musicians from 18 countries such as Britain, Japan, France, Indonesia, Hungary, Canada and others . Not only as the line ups, participants could also attend international conferences and build a wider network through this event. The re-involvement of Indonesia in this festival is a very good sign for Indonesian musicians. “This can be a proof that there are so many Indonesian musicians that can be accepted internationally” said Bie Paksi.

This time, supported by Siasat Partikelir in Siasat Trafficking program, Wake Up Iris! will enliven the festival showcase and use the moment to bring their first album around South Korea and Malaysia with a tour titled AUREOLE Asian Tour. Starting with being one of Zandari Festa’s line-up opening parties on the first day, performing at Convent on October 5th , playing in the Changdong area exactly Platform Changdong 61 on October 6th  and flying to Jeju Island on October 7th to play at an Art Festival there. Coming home from Zandari Festa, Wake Up Iris! will perform in Ipoh and Kuala Lumpur with Malaysian soloist Azmyl Yunor at Gaslight “We want to get to know more people through music and want to spread the positive vibe of our music as far as we can,” explained Vania Marisca.

Wake Up Iris! Bie Paksi and Vania Marisca, have been present on the Indonesian music scene since mid-2015 and released their first album in January 2018 titled AUREOLE. Armed with Viola, Guitar, Kickdrum and vocals from both of them, they have become one of the line ups of music festivals in Indonesia such as Folk Music Festival, Musik Hutan in Makassar, Soundrenaline in Bali and held several tours one of which toured 18 cities in Indonesia with Navicula from Bali and Semiotika from Jambi in the Siasat Calling On the Road by Siasat Partikelir. Wake Up Iris ! can be found in Spotify, iTunes, and also @wakeupiris on Instagram and website www.wakeupiris.com 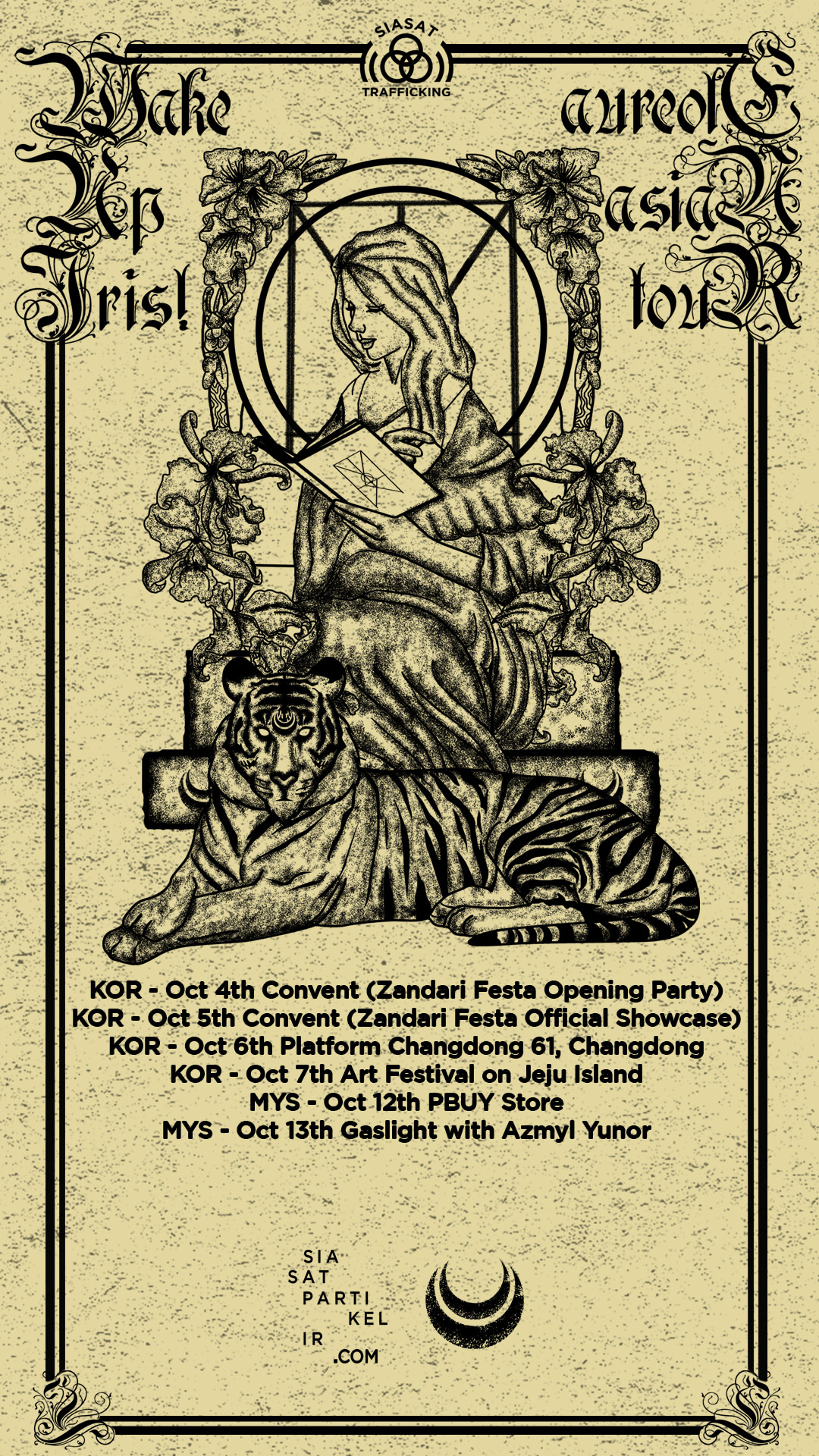